PROFESSIONAL CONCRETE LEVELING AND RESTORATION SERVICING ALL OF NEW JERSEY, DELAWARE, AND MARYLAND, INCLUDING EASTERN PENNSYLVANIA AND NEW YORK

We are happy to serve property owners in Swedesboro

for all of your concrete lifting needs. When you are looking for a  Burlington County Concrete Services Expert, call GETLEVELED.com. We specialize in concrete leveling and restoration using the highest quality materials and equipment to ensure your job is completed with the best results possible. Request a quote today and one of our experts will work with you to get your project rolling.

Talk to a Concrete Lifting Expert

I thought I was going to have to jackhammer all my sunken concrete and pour new sections.  Then my neighbor told me to call Nick at Get-Leveled and he saved me thousands of dollars!  Now my driveway looks awesome and it’s safe for everyone.

Do yourself a favor and talk to a true expert in concrete work.

Stephen K.
My township told me that if I don’t fix my sidewalk, I would be fined!  Thankfully, I found the guys at Get Leveled.

Thank you so much Nick!

Lisa B.
I received a letter from my insurance company telling me they were going to drop my from my home insurance if I didn’t fix my concrete within 30 days.

My co-worker told me to call Get Leveled.  They came out quickly, leveled my concrete and got my insurance company off my back.

High Density polyurethane material is injected under the slab as a liquid and expands before curing, filling any voids and raising the concrete. In only seconds it will reach its final volume. After curing, it will never lose its density and will maintain its compressive strength.

The most important part of any project is diagnosing the issue at hand and planning the most effective fix. During step one we many drill a small hole in the concrete to fully evaluate the underlying cause with a small camera that is lowered into the hole that pivots to give us a full view of what’s below.

Step two calls for the strategic drilling of 5/8″ holes in the concrete in locations that will most effectively lift the concrete back to level. After the hole placement is set and the drilling is completed we are ready to move on to the final steps. How big is a 5/8″ hole? About the size of a dime.

Using our all-in one trailer system we inject 2-part polyurethane foam into the open holes to the proper volume needed for expansion, making adjustments as we go. The 2-part foam starts as a liquid that expands as it cures. It cures in no time at all and is immediately walkable! Concrete is then patched into the hole and you are all set.

Mudjacking or Polyurethane Injection: Which is the Better Solution for You?

Concrete structures are liable to a wide assortment of natural disasters, a significant number of which can cause harm, similar to splits, hurling or sinking. When settlement starts, these issues quite often deteriorate after some time as the dirt underneath the structure keeps on dissolving.

One of the gravest dangers to the basic well-being of your house is the sinking or settling of your concrete establishment. An establishment is worked to balance out the whole home, yet can’t protect its shape or auxiliary respectability when the ground underneath it never again gives solid and relentless help.

This can happen when the dirt underneath a concrete section turns out to be insufficiently pressed (low in thickness) or excessively water permeable (causing development). As the dirt crumples or experiences a cycle of extensions and constrictions, the overlying concrete will hurl, curve and swell, and after some time sink continuously more profound into its own impression.

Fortunately, in the event that you experience this issue in your very own home, an assortment of arrangements exists.

While underpinnings are generally the best choice, a few property holders may select mudjacking or slabjacking utilizing polyurethane infusion relying upon their home improvement objectives. These two regular establishment fix techniques can each assistance end and switch the drooping of your concrete chunk establishments, and neither includes over the top bother or huge life interruption – yet which one works best?

Mudjacking and Polyurethane Injection: The Basics

At the point when establishments start to sink, it’s normally on the grounds that voids exist underneath the concrete section, and until the dirt is strengthened and those voids are filled, it will be difficult to reestablish the establishment to its past dimension of rise without the utilization of underpinnings.

For each situation, openings are bored in the floor that enter through the concrete establishment and into the depressed spaces underneath (mudjacking gaps are greater and harder to fix). The slurry or froth is then infused in gigantic, concentrated amounts, enough to fill the hidden cavities and slowly lift the establishment (and all the weight above it) back to a satisfactory position. When the specialists observing the technique are fulfilled, they’ve added enough froth or slurry to help the concrete piece uncertainly, they will fill and fix the infusion openings so the home’s floor looks all around great.

These innovations are intended to reestablish indented concrete establishments, yet they can likewise lift numerous other concrete establishments that may endure a similar destiny. Polyurethane infusion can be utilized to fix sinking pools, streets, porches, walkways, carports, carport floors or even open-air b-ball courts rapidly and proficiently.

While these two advances are generally similar to in capacity and transient viability, there are a few contrasts among mudjacking and polyurethane infusion you should consider before you pick one over the other.

Here is a rundown of the advantages and disadvantages of each concrete fix strategy:

Trust Get Leveled with all of your Concrete!

You know you love your home and you want to take good care of it. We, at Get Leveled, understand that, so we always look at your concrete needs as if it were our own. All members of our team are committed to offering you the best service possible. Talk to our expert Nick, he has an eye for what’s wrong and how to fix it the right way

The Advantages of Concrete Leveling

The Concrete lifting process is a clean, no mess operation self contained on our full equipped trailer. No mixing, no breaking, pouring or long cure times. Simply drill, inject and sweep up. It’s that easy!

Concrete lifting versus conventional concrete work is the more cost effective option as well as the being faster and less intrusive. Much like filling a crack in your car window it is much less costly to fill and seal, except our polyurethane foam material is a permanent solution.

Unlike many things, quality doesn’t take time with concrete lifting. Enjoy accurately leveled concrete in no time at all. Remove that tripping hazzard or water bowl and add stability to your household concrete with our prove system. 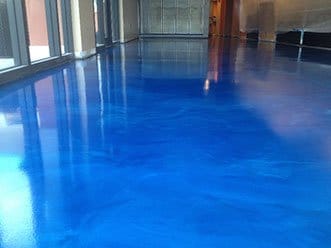 Now that your concrete flooring has been inspected and leveled, it’s time to spruce it up! We are your local epoxy floor coating experts using the highest quality materials to give you the longest lasting and best looking floor around. With a larger range of colors and flakes available, customization is our standard, including team logos . Ask about our polymer cement wood finish! 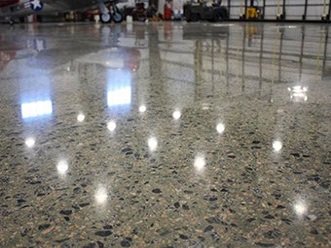 Geared more towards our commercial customers, concrete polishing is a great way to revitalize and seal your concrete flooring. Make an impression with your customers and show them you care with a professionally polished floor. With the industry’s best equipment, we take your dull floor and transform it into a polished masterpiece. Get your quote today. 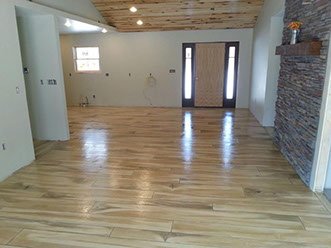 How would you like hardwood floors that look better, last longer and require less maintenance that aren’t made from wood? Seems impossible right? We specialize in the application of 1/16″ thick polymer cement surfacing of your existing floors giving you that real wood look without the real wood headache. Dents, dings and spills are NEVER an issue with cement wood surfacing.

From our home base of operations we are able to serve customers in New Jersey, Pennsylvania, New York, Delaware and Maryland.  We have a national network of professionals and skilled experts that can handle your concrete lifting anywhere in the United States.  Call one of our Concrete Lifting experts for a custom quote. (833) 538-3563

Talk to an Expert
Call Now!